Can you believe it will be December in just a few days? I refuse to acknowledge the holiday's after Thanksgiving until I have enjoyed Thanksgiving, being that it is my favorite holiday. But now that that is over it is time to embrace the season of Christmas. This week's flower is the poinsettia.

The poinsettia is synonymous with Christmas. Poinsettia are native to Mexico. The Aztecs used the plant to produce red dye and as an antipyretic medication.[1] Today it is known in Mexico and Guatemala as "Noche Buena", meaning Christmas Eve. In Spain it is known as "Flor de Pascua", meaning "Easter flower". In both Chile and Peru, the plant became known as "Crown of the Andes".

The plant's association with Christmas began in 16th century Mexico, where legend tells of a young girl who was too poor to provide a gift for the celebration of Jesus' birthday. The tale goes that the child was inspired by an angel to gather weeds from the roadside and place them in front of the church altar. Crimson "blossoms" sprouted from the weeds and became beautiful poinsettias.[2] From the 17th century, Franciscan friars in Mexico included the plants in their Christmas celebrations.[3] The star-shaped leaf pattern is said to symbolize the Star of Bethlehem, and the red color represents the blood sacrifice through the crucifixion of Jesus.[4]

Poinsettias are part of the Euphorbiaceae family. Many plants in this family ooze a milky sap.[5] As with all ornamental plants, poinsettias are not intended for human or animal consumption. Individuals with a sensitivity to latex - the milky fluid found in cut poinsettias and other plants - may experience allergic reactions in the form of a rash or irritation that develops when the skin is exposed to the latex. This has been observed to occur only with people who are allergic to latex and products made from this material. However, the poinsettia has been demonstrated to be a safe plant. In fact, in 1992, the poinsettia was included on the list of houseplants most helpful in removing pollutants from indoor air. So, not only is the poinsettia a safe and beautiful addition to your holiday decor, it can even help keep your indoor air clean! [6]

Even I didn't know that the poinsettia was not poisonous - I have never had them in my home for the holidays for fear of poisoning my cats. I am pleased to find out that not only can I get a few this year, but that they will clean the air in my home as well. Now I just have to decide what color to buy!

Flowers and literature have gone hand in hand for thousands of years;  flowers have turned up as symbols in everything from Shakespeare's Hamlet to Pablo Neruda's poetry. Here are a few of our favorites:

OPHELIA : There's rosemary, that's for remembrance; pray,
love, remember: and there is pansies. that's for thoughts.

LAERTES : A document in madness, thoughts and remembrance fitted.

OPHELIA : There's fennel for you, and columbines: there's rue
for you; and here's some for me: we may call it
herb-grace o' Sundays: O you must wear your rue with
a difference. There's a daisy: I would give you
some violets, but they withered all when my father
died: they say he made a good end,--

For bonny sweet Robin is all my joy. I wander'd lonely as a cloud
That floats on high o'er vales and hills,
When all at once I saw a crowd,
A host, of golden daffodils;
Beside the lake, beneath the trees,
Fluttering and dancing in the breeze.


Continuous as the stars that shine
And twinkle on the Milky Way,
They stretch'd in never-ending line
Along the margin of a bay:
Ten thousand saw I at a glance,
Tossing their heads in sprightly dance.


The waves beside them danced; but they
Out-did the sparkling waves in glee:
A poet could not but be gay,
In such a jocund company:
I gazed -- and gazed -- but little thought
What wealth the show to me had brought:


For oft, when on my couch I lie
In vacant or in pensive mood,
They flash upon that inward eye
Which is the bliss of solitude;
And then my heart with pleasure fills,
And dances with the daffodils.

I am thankful for a lot of things this Thanksgiving, family, friends, my dog, a job I love....  I am reminded this week of all that I have to be thankful for due to the two weddings we are working on this week at La Fleur Vintage. What a wonderful time of year to celebrate love, commitment and appreciation. Check out a few of this weeks arrangments as well as a few pictures from this weeks weddings, and have a wonderful Thanksgiving!

Happy Saturday, everyone! The stormy weather outside has us dreaming about winter weddings today. For anyone who might be getting married between now and December 22nd, we'd like to offer you a 15% discount on your wedding! Here are a few amazing inspiration images we love:
﻿ ﻿

Anemones are thought to bring good luck and protect against evil. People used to gather the earliest flowering anemone they saw, wrap it carefully in a piece of silk and carry it with them to ward off ill fortune and disease. If you see anemones close their petals, this signals that rain is on the way. According to folklore, fairies sleep beneath anemone petals after they close at night. Such associations with predictions and enchantment lead to the meanings of anticipation and expectation.*

*excerpt from The Secret Language of Flowers, by Samantha Gray
at 11:45 AM 0 comments

It never ceases to amaze me that despite being surrounded by flowers everyday I can still find just joy in a particular flower. Whether it be the color, the smell, the delicate shape of the petals, I continue to marvel at the perfection of nature. While going to buy some much needed eucalyptus I found myself distracted by selection at one of our wholesalers. I was so distracted that I forgot what I was there to buy. Below are pictures of a few of my extra purchases. 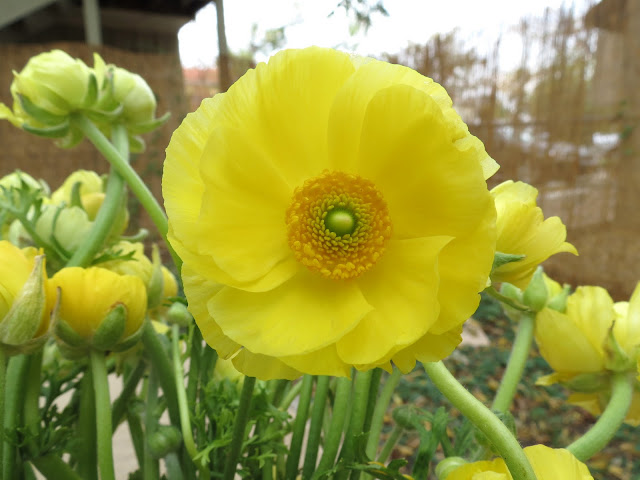 This was the only ranunculus of the bunch to open with this delicate center visible. I couldn't resist capturing it. 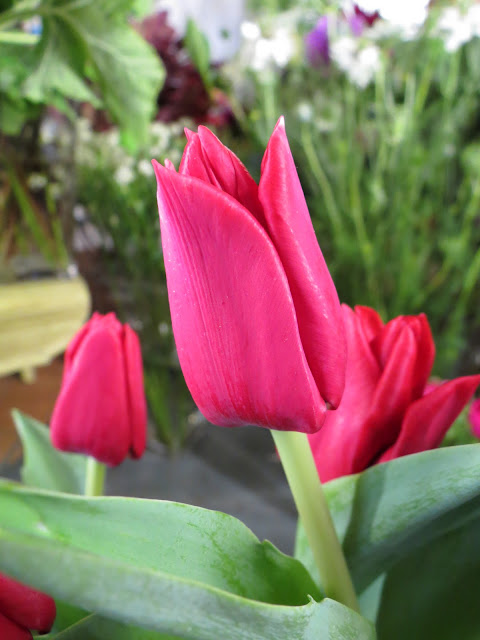 I'm not normally so taken with a red flower but with the pointed petals and this cherry red color I felt as if these tulips were trying to kiss me. 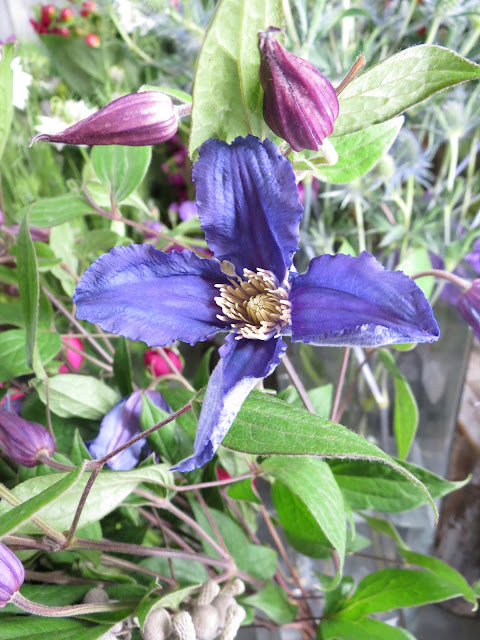 One glance at this bunch of clematis and I just grabbed them. I love the leaves, the buds, the flowers, everything about them.
﻿
at 10:08 AM 0 comments

Today's Expert Advice is a DIY tutorial on how to create these pretty baby's breath ornaments! 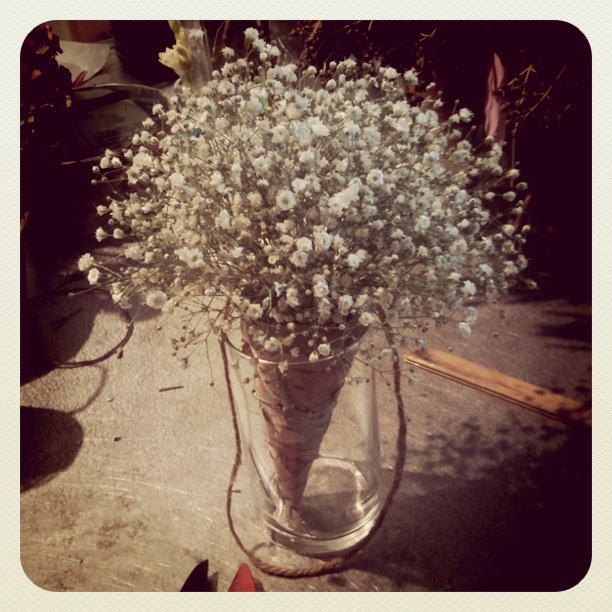 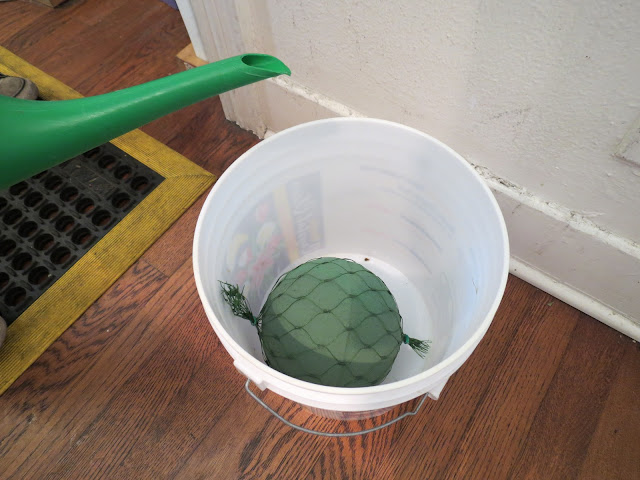 Step One:  Soak Oasis floral balls in water and then attach fishing line that is strong enough to hold the water weight of the soaked sphere. Mark your fishing line with tape, so it doesn't get lost amongst the clouds of baby's breath. 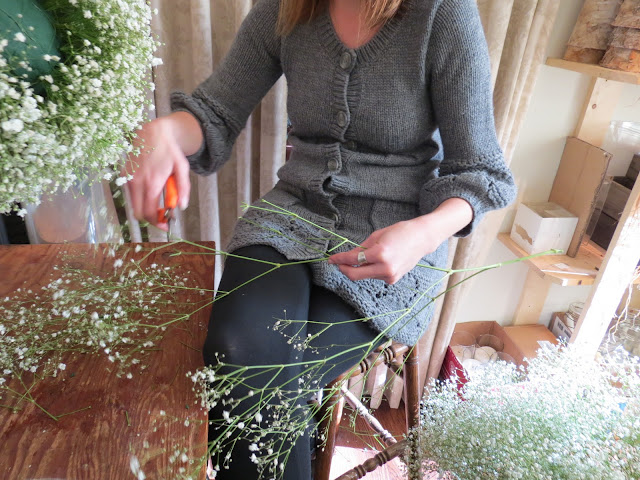 Step Two: Clip the stems and cut small pieces, leaving an inch of stem at the end to be inserted into the foam. 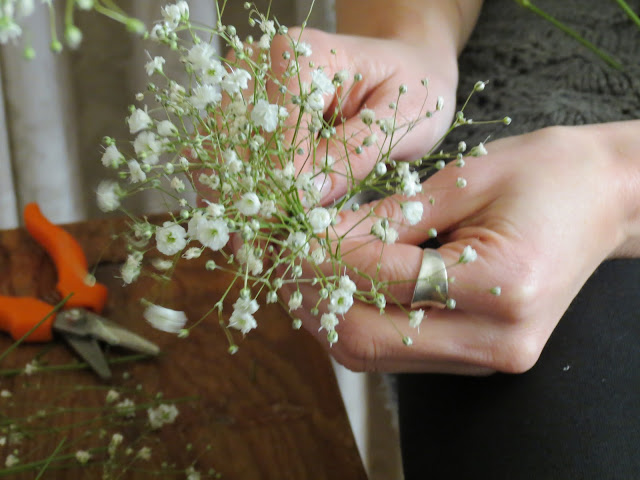 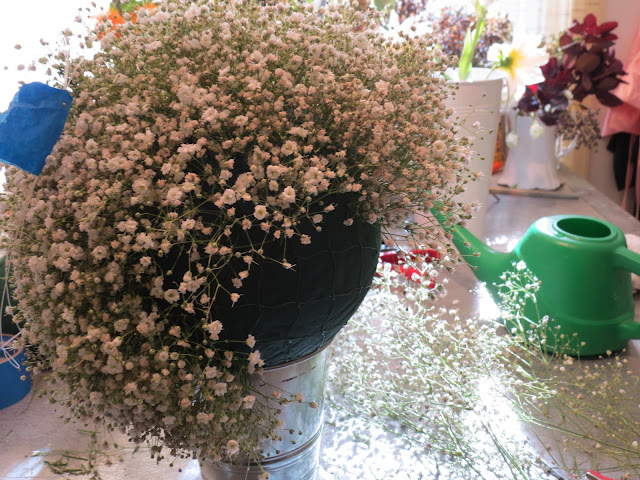 Step Four: Place gathered stems into foam, spaced about every half-inch around the sphere. This is time consuming (but totally worth it!). 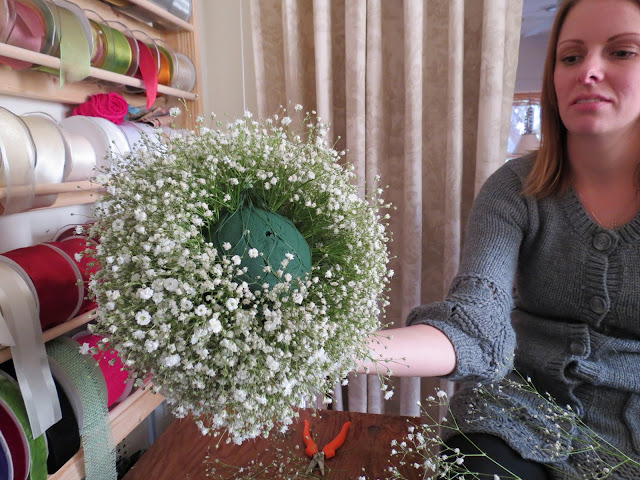 Step Five: After you've done about half of the sphere, hang the ornament to complete. 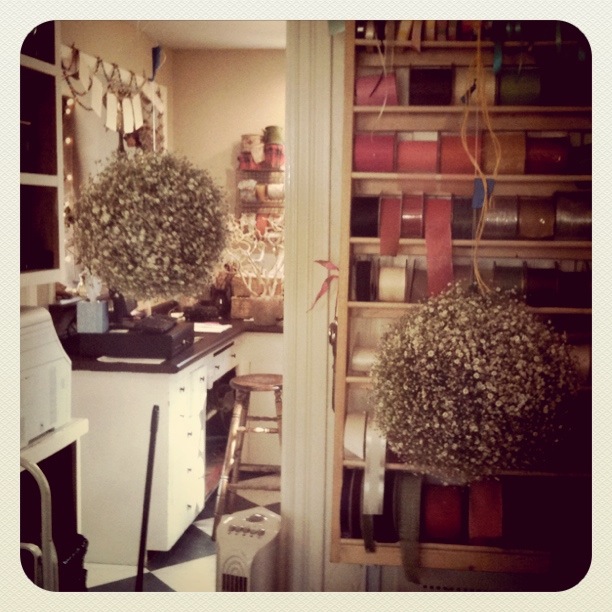 In Victorian England, to send someone hydrangeas was to suggest that he or she had been boasting.

Originally a marsh plant native to Asia, the hydrangea was introduced to Europe in the 18th century. It was associated with boastfulness because it produced such magnificent flowers, but no fruit.
at 12:37 PM 2 comments

With holidays fast approaching, a classic winter flower, the amaryllis is starting to pop up in arrangements and decor. Here's how to coax your closed blooms into looking full flowers and keep them beautiful: 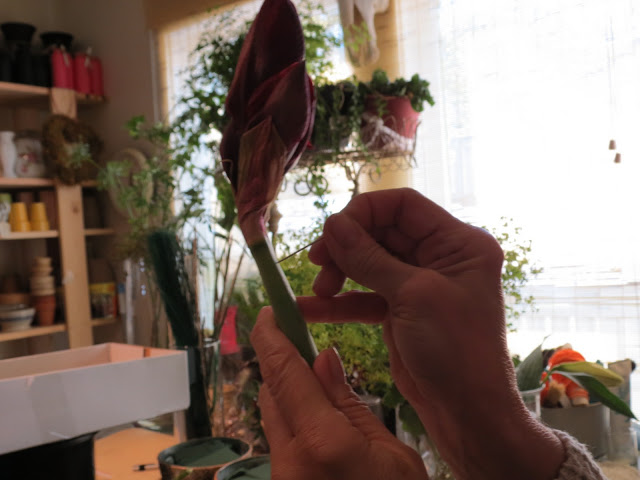 Step One: Take a pin and poke a hole straight through the stem just below the flower. 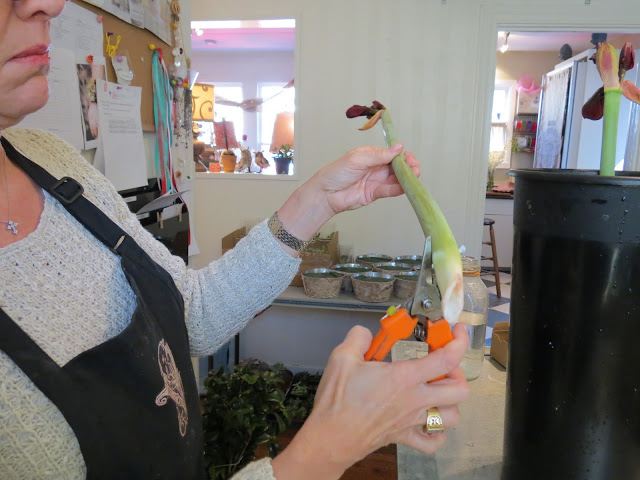 Step Two: Cut the stem at least an inch from the bottom, at a diagonal. 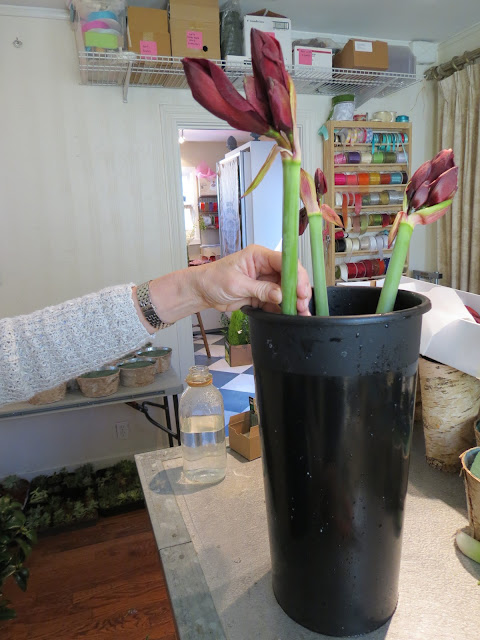 Step Three: Place in warm water - the warmer temperature will encourage the petals to open. 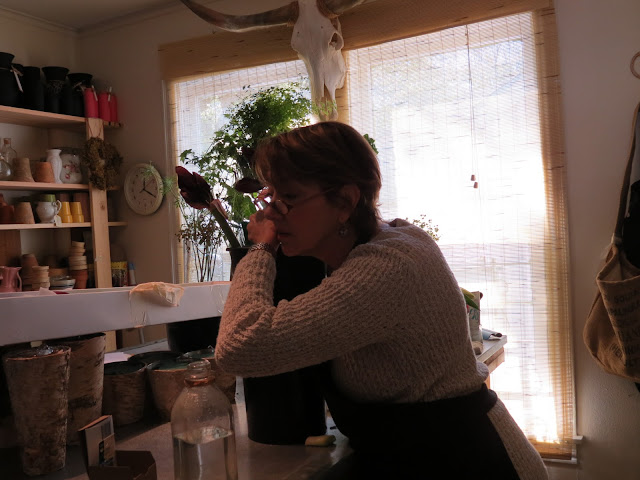 A fun little tidbit: if you listen near the poked hole, you will actually hear the flower drinking water! 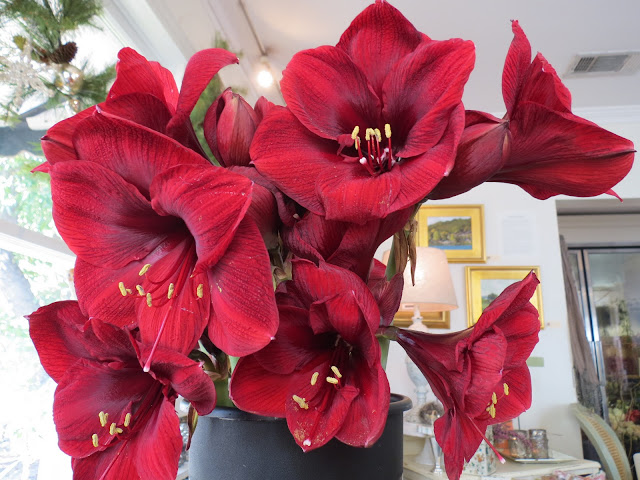 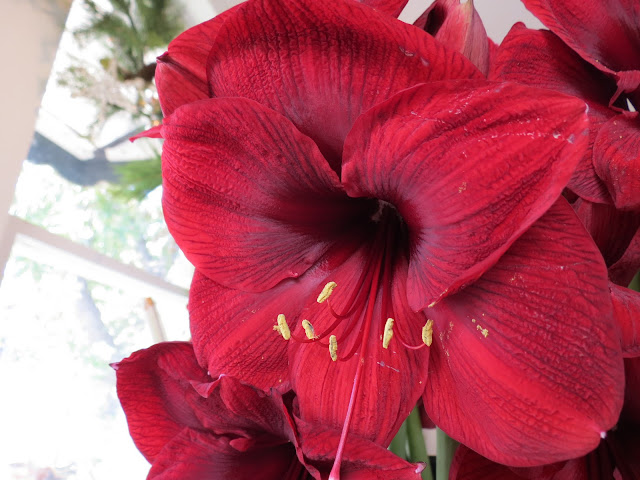 Email ThisBlogThis!Share to TwitterShare to FacebookShare to Pinterest
Labels: amaryllis

More wedding inspiration for you guys, from another couple La Fleur was happy to collaborate with personally: Justine and Harry! This September wedding had a green and white color scheme, and the results were lush and gorgeous. 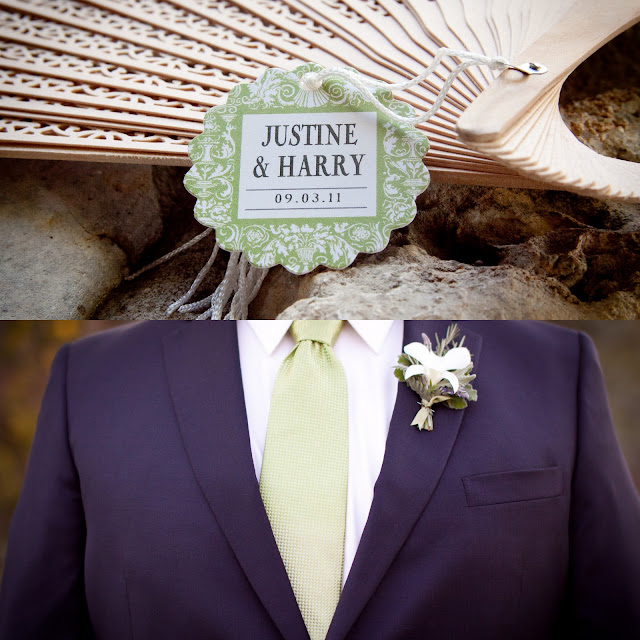 The Camellia stood for honest excellence. It told a Victorian lover, "My destiny is in your hands."

The excellence of camellias lies in their big beautiful blooms and evergreen leaves. It "boasts no fragrance and conceals no thorn," wrote one anonymous poet of this gorgeous flower.
Now identified with the Old South, the camellia is a native of Japan.

-The Meaning of Flowers. Myth, Language & Lore by Gretchen scoble and Ann Fields
at 12:00 PM 0 comments

We harbor a not-so-secret collective love for cool containers here at La Fleur. Vintage crates, vases shaped like puppies, chicken wire baskets, anything with a little more flare to it than simple glass sparks our fancy.

These boxes from Olive Manna had us squealing yesterday; they're similar to products we have in the store and boxes we've used in the past for arrangements.

﻿
﻿﻿
﻿ ﻿
﻿﻿
﻿
Vintage floral jugs, an antique wood and metal drawer, a watering can and the cutest vintage puppy vase on earth - which is your favorite? Do you prefer unsusual containers or the classics for your flowers?
at 12:35 PM 0 comments

Email ThisBlogThis!Share to TwitterShare to FacebookShare to Pinterest
Labels: containers

How amazing is this rose that came into the shop today? It's SO beautiful (the golden ratio strikes again!) that we couldn't resist snapping a photo to share with you all: 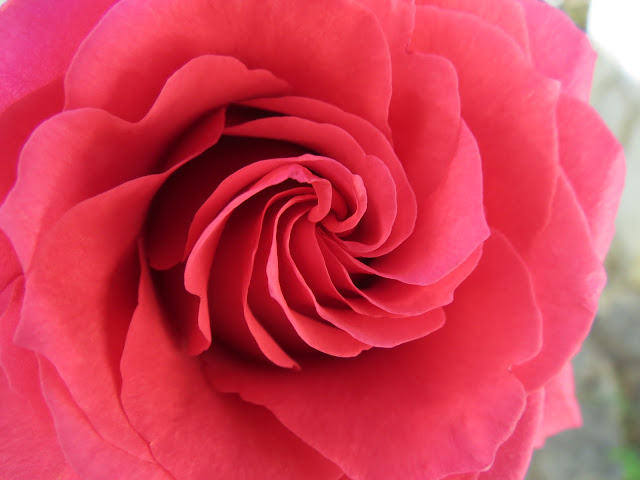 And now ... back to working on the wedding for tomorrow. Hope you're all having a wonderful Friday!
at 8:30 PM 0 comments

One of our brides, Tazia, sent over the photos from her amazing wedding at Star Hill Ranch. Tazia & her new hubby Sway look absolutely incredible, and make sure you check out all the wonderful, handmade details that this couple added - from table vases covered with pages taken from favorite books (both the bride and groom are teachers!) to the boutonnieres made by friends and family members. DIY touches can make a wedding look and feel spectacular, and we love to collaborate on events like this. 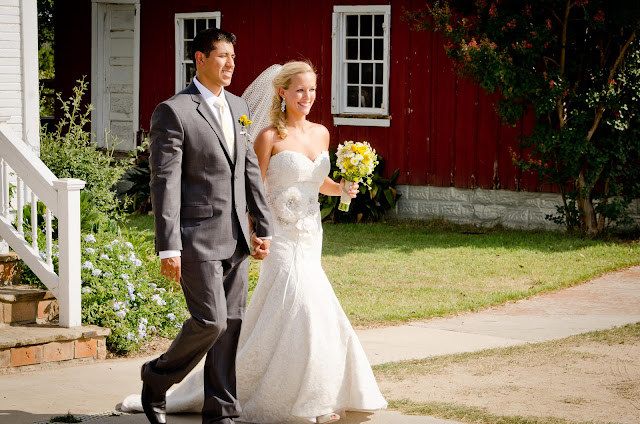 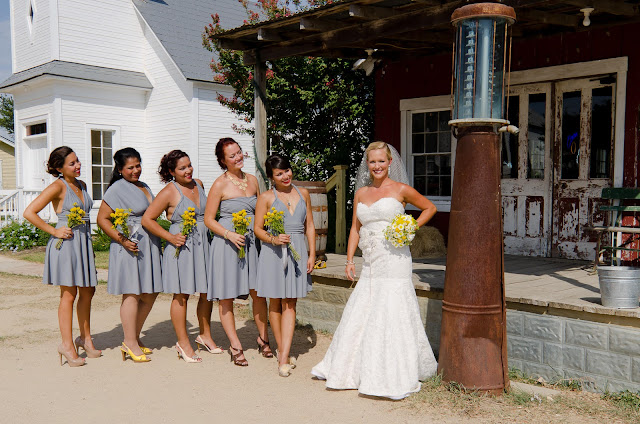 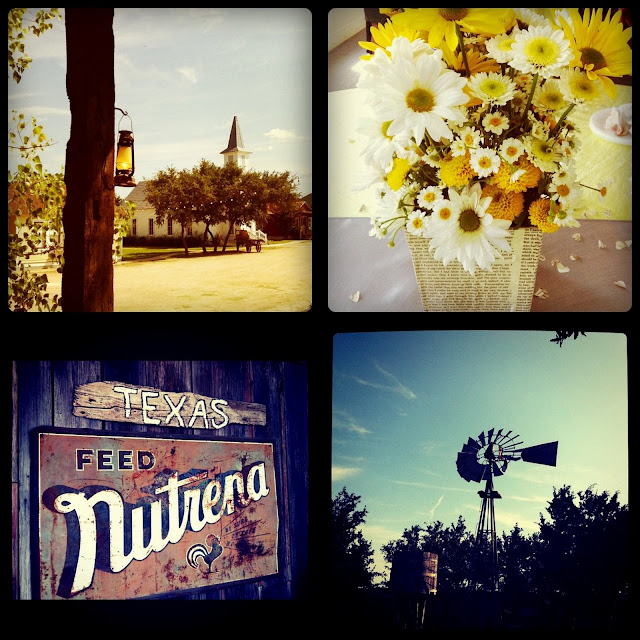 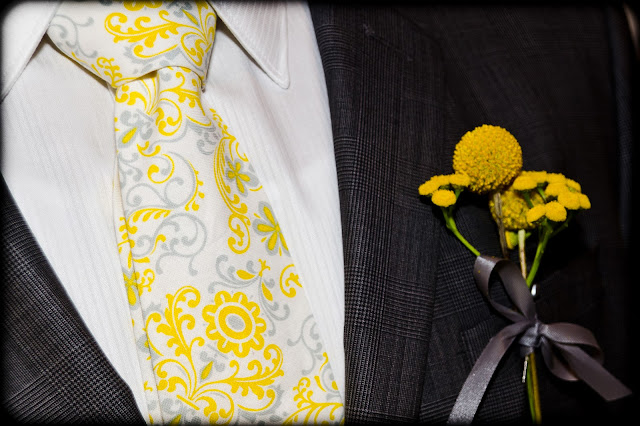 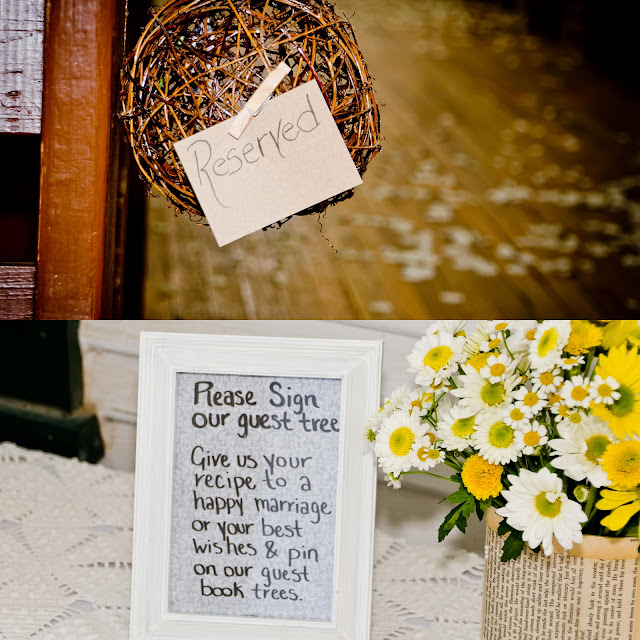 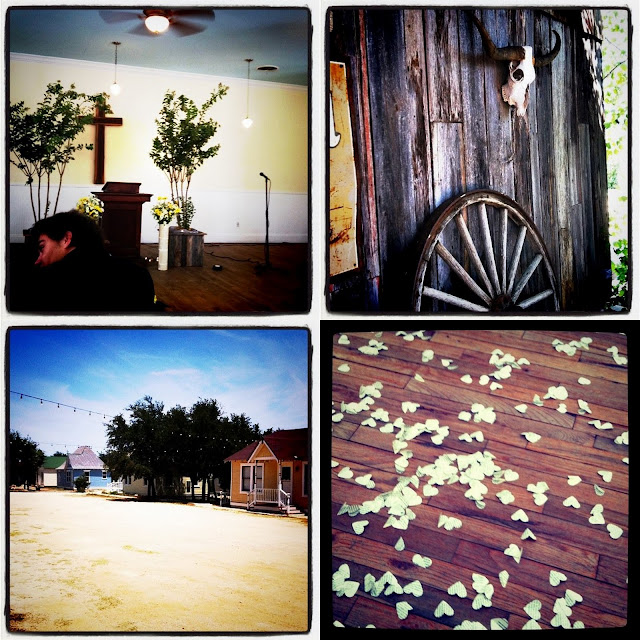 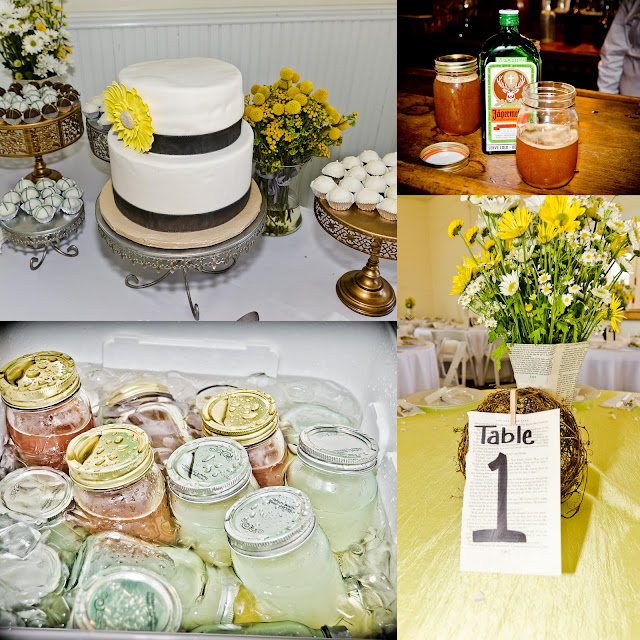 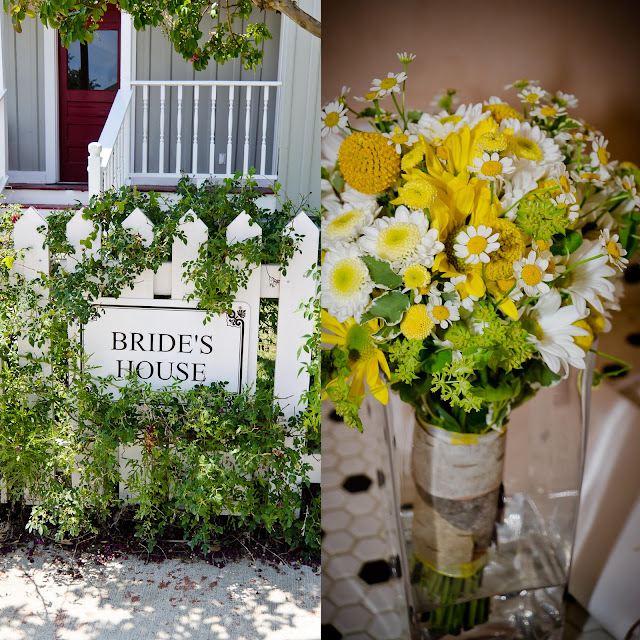 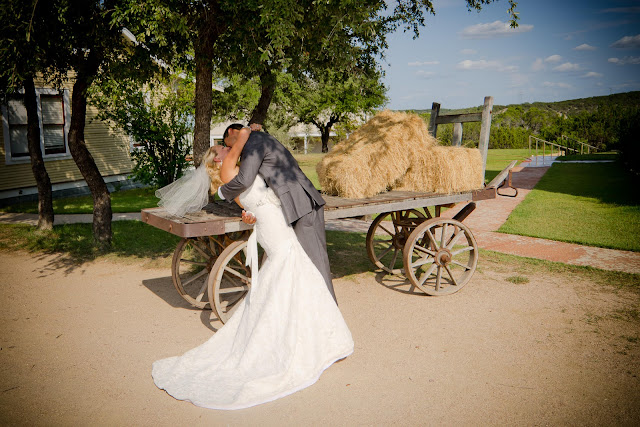